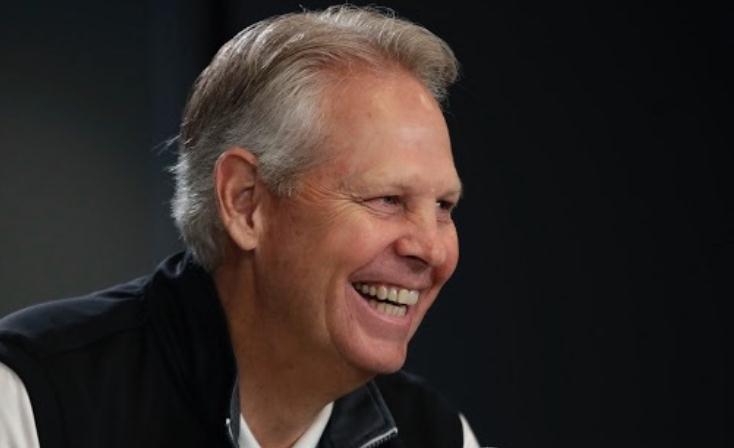 Tiger Fight, September 25th, Danny Angie, president of Celtics basketball operations, accepted an interview with Boston local media program Toucher & Rich today, during which he talked about his views on the current state of the team.

"I think the team game is not over yet," Angie said. "Our team is actually stronger than yesterday's game. Yesterday's team is not familiar to me."

"Yesterday was a tough game. I think we didn't find our form from the beginning of the game. At the end of the game we caught up to the score and took the lead, but since then we started to make mistakes. We failed to make the third game. The confidence and momentum of the team were maintained until yesterday's game, and it is difficult to explain why." Angie continued.

"We also had some opportunities in the game yesterday, and you can see that our players are also ready. Now we just have to keep going. We had too many unbreakable mistakes yesterday, which is very frustrating." Angie Said so.

Angie said that although the team faced the Heat's zone defense a bit difficult, this is not the main reason why they have so many mistakes.

"We had a lot of great opportunities, but we just didn't make a shot," Angie said. "In the first half of the game yesterday, we missed too many goals that we can usually score. I don't know if the players are at this stage. , That is, when the offensive end feels bad, you can still maintain the same energy defense. This largely depends on the maturity of the players. I am not making excuses for age, because our young people have experienced a lot, and Have experienced those shining and glorious moments."

The Celtics are currently 1-3 behind, but Angie still maintains confidence in the team.

"I don't question my coach, and I don't question my players," Angie said. "I just want to see what they will do. Yesterday was a very frustrating game. I don't think Miami has enough defense. Let us make so many mistakes, those are unforced."

"It is also very difficult. But I am still very confident. I believe that the players will come out with a completely different mentality from yesterday's game. I think we will have a better performance in the fifth game." Angie said.